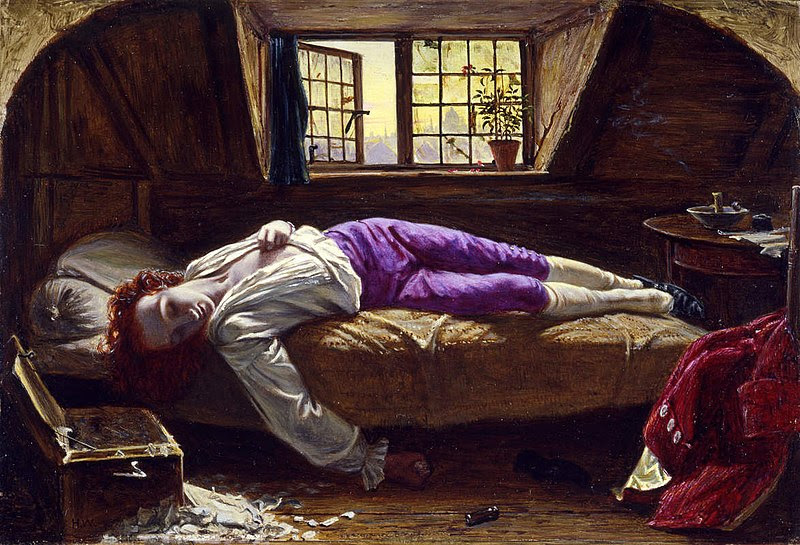 So, this happened.  I feel bad for Metafilter, because although I've only made one comment on it, I've read threads seeking advice and they seem like really cool people, especially librarian extraordinaire Jessamyn West. I've never been part of an Internet community where we really discuss personal stuff, it's always been around an interest, so I don't know what it's like to be betrayed like that.


Hoaxers have always fascinated me, because I have barely the energy to live one life, let alone two. It's all I can do some days to say "fine" to "how are you", living a lie would just take so much energy.

Hoaxing on the Internet is easier, because people can't see your body language and you don't have to provide anything physical. On the other hand, there's rarely any money in it. Traditional hoaxers (and the recent group of alleged memoir hoaxers) usually are paid for their trouble, though fame is undoubtedly a consideration.


I figure there are two types of Internet hoaxers, the I-did-it-for-the-lulz-ers and the empathy junkies. The first messes with people to feel powerful. They want to be seen as a former Navy Seal who has sex with super-models on a pile of money made by day trading, but who somehow always has plenty of time to mess with people on the Internet. Like Anonymous, they want people to feel that they could shut off the whole Internet in 10 seconds if it took their fancy.

My guess is that holdkris99 is the latter type, based on his use of two different (and contradictory) stories of abuse, plus social anxiety, familial rejection and recovery from meth addiction. Abuse, having a disease, recovery from addiction, gang membership, being a Holocaust victim or being punished for being a member of an oppressed group all make us want to reach out to someone, it's human nature.

With all the work hoaxers do (holdkris99 was on Metafilter for six years!), do they ever end up doing anything good with their abilities? Not so far as I've ever heard, maybe they just give us what they want at the time, so it could never really stand the test of the ages (ye gods, those fake Vermeers are awful), Judging by what I've read, I don't think holdkris99 has a future in writing, at least the critically acclaimed variety. I mean, just add Jesus to the Green Bay Packers story and you've got some glurge fit for Chicken Soup for the Soul. The touch of having the evil abusive grandpa die falling down the stairs on the way out of his mistress' apartment is just a bridge too far.

On the one hand, I kind of feel sorry for holdkris99, because you feel bad about yourself and want sympathy, so you make something up, but then you feel worse because it's not really FOR YOU, so you need more sympathy. A vicious cycle, really. On the other hand, if he made up abuse, that's really cruel to family members. Does he really think none of his family or anyone they know could figure out the Internet? That stuff's forever, man.

ctrl-s said…
Gad. I saw all that as it occurred. (I read Metafilter a lot, but
seldom post.) I mainly felt bad for the site owner and
moderators, who were seriously (and justly) bummed out
and pissed off by the whole thing. I'd barely noticed
holdkris99 on the site, so I didn't get really upset when "his"
"wife" said he'd committed suicide, or read many of the
sympathetic comments that followed, but it was very weird to
find out it was fake. ...Metafilter has had some interesting
posts about Internet frauds of various kinds,
like this one from a few years ago:
http://www.metafilter.com/65521/The-Life-and-Death-of-Jesse-Jubilee-James-Featuring-Harlan-Ellison#1871921
9:19 PM

ash966 said…
Wow. Using a voice changer to sound like a man on the phone is pretty hardcore. If a guy ever tells me he can't hook up IRL life because he has to reunite with his estranged father in Pakistan, I will know what's up.
8:01 PM

ctrl-s said…
Yeah -- be warned (if you're that credulous in the first place, which you're not)! ...But the award for the most egregious Metafilter glurge hoax O.A.T. goes to "Kaycee Nicole" Swenson back in 2001. Just Google the name, and marvel at the insanity.
12:54 AM

THINGS I PAY FOR ONLINE

January 11, 2009
This I ripped off from library guru Walt Crawford , who got it from SF author and uber-blogger John Scalzi . From whom I learned that AOL still exists and that there is a paid version of LiveJournal. Who knew? And why Rhapsody? Who are these people who are willing to pay every month to rent music that could be taken away from them at any time? Those who don't want the option of making a mix CD or tape do not love music in any way I can understand. I was glad that some of Scalzi's commentors mentioned library subscriptions. Don't pay for any online encyclopedias or magazine articles if you can get them free with your library card, people! The f ree Encyclopedia Britannica subscription for bloggers is also awesome. 1. IpHouse for Internet with Qwest DSL. I could save by bundling with Qwest and get msn.com email (ugh!), but IpHouse has given me such great support over the years and I can always get someone on the phone right away. 2. Netflix (4 movies-at-a-time grandfat
3 comments
Read more
December 16, 2006
I, FOR ONE, WELCOME OUR NEW PORCINE OVERLORDS . . . I read an article in the New Yorker (1) last year about the growing threat of feral hogs. Apparently they have become a major nuisance in most of the US, destroying native habitat and species, even uprooting irrigation pipes. Plus, they are so wily and tough that only an expert hunter with at least 4 dogs can defeat one. Now, I learn that wild hogs may have caused the most recent outbreak of e. coli . It's clear what's going on -- the pigs are trying to kill us! Trichinosis just wasn't doing the job. With all the bacon I've eaten, I'll be the first up against the wall after the piggy revolution (here is where my sweetie Dr. Somneblex thoughtfully points out that he's given up pork). Coincidentally, I was just reading Oryx and Crake , which features the protagonist being attacked by genetically-altered super-pigs. Clearly, a pig-related horror movie is going to go into production any minute now. A good ti
3 comments
Read more