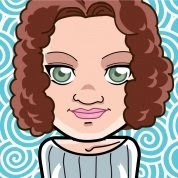 Yes, Jfro fell for one of those virtual chain letters we call memes again. This list is weighted heavily to older albums, as it is hard to tell if a recent album will be a long-term relationship or just a temporary crush.

Think of 15 albums (then add 10 because you can't just stop at 15) that had such a profound effect on you they changed your life or the way you looked at it. They sucked you in and took you over for days, weeks, months, years. These are the albums that you can use to identify time, places, people, emotions. These are the albums that no matter what they were thought of musically shaped your world. When you finish, tag 15 others, including me. Make sure you copy and paste this part so they know the drill. Get the idea now? Good. Tag, you're it!

WHAT SHOULD I BUY WITH MY TAX REFUND? 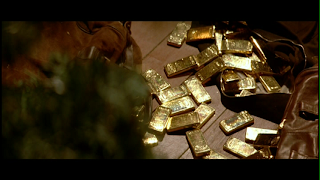 The tanking of my mutual funds had one good result--mad cash for my tax refund.* After paying my property taxes for the first half of the year, I still have about $1350.** I usually like to get some sort of technology like a TV or computer, and I've narrowed it down to 6 things. Let me know what you think, faithful readers, which 2 or 3 should I go with?

IPOD TOUCH 30G ($400)
Pros: You get most of the iPhone features without the insane 2-year contract. It can access the Internet with Wi-Fi. Screen is better for playing games and watching TV than an Ipod Classic. Apps, apps, apps!
Cons: Expensive for the amount of storage you get compared to iPod Classic, and I have lots of music. Can't access Internet everywhere like iPhone. Apple will come out with a better one next week and I'll be sad.

SAMSUNG BLU-RAY PLAYER ($350)
Pros: Can finally find out what's so great about Blu-Ray. Will get the most out of my HDTV. It also has Netflix Watch Instantly.
Cons. Blu-ray will get cheaper, so I might want to wait until next year. My experiments with Netflix Watch Instantly suggest that higher-speed DSL might be in order, which would mean more monthly fees.

CENTER SPEAKER, REAR SPEAKERS & SUBWOOFER (varies, the most I'd pay would be $100 each)
Pros: My media center would be complete, and it seems a waste to have a 5.1 receiver without all the speakers to take advantage. Ability to watch movies late at night without my neighbors complaining (I have to have the sound up to hear the dialog over the soundtrack with the current system).
Cons: I might not be enough of an audiophile to hear the difference. Speakers not a "sexy" purchase.

ROKU PLAYER ($100)
Pros: Cheaper than a Blu-Ray player, and will soon have Amazon OnDemand videos in addition to Netflix Instant Watch. Supposed to be very easy to use. Viewing more Watch Instantly videos will give me more bang for my Netflix buck.
Cons: DSL might still be too slow. It only does a couple of things, and those things might be superseded by new technology (i.e. Apple TV adding Netflix Watch Instantly).

EYETV HYBRID ($125)
Pros: Like a Tivo, but without the monthly fees and you can burn to CD and edit out commercials. Exports to AppleTV. Less temptation to buy TV shows on iTunes. Will bring me closer to my dream of on demand TV when I want it. Even if I ever figure out how to program my VCR, I can't record while watching something else. Cons: There might not be enough TV to be worth it. My hard drive could get really full. Apple TV could add Hulu support or Boxee could take off, making me feel foolish.

ION USB TURNTABLE ($110)
Pros: Easy digitizing of my 300 LPs and assorted 7", 12" and EPs. No more worrying about line hum from some wire not touching metal in my complex stereo-to-computer hookup. My turntable is misbehaving, fixing or replacing it could be more expensive. Cons: If my turntable is easily fixable, it would seem like a waste. I did get some good recordings before I started having a line hum issue.

*Yes, I do plan to make charitable donations, take trips and save for emergencies. The nature of those items aren't up for discussion, so leave me alone.

**Yes, I know you're supposed to change your withholding if you get a lot of money back. I already have 2 Roth IRAs, 2 mutual funds, some stocks, a work retirement fund, and plenty in the old savings account, and no, I don't care if the government holds my money for a while. Don't judge me!
Posted by ash966 at 2:10 PM 1 comment: