IN WHICH JFRO GETS TOUGH ON CRIME

About the current corporate personhood kerfuffle that's been in the news so much lately: I have an idea that would satisfy both liberals & conservatives. Corporations can be people, but then they have to go to jail when they've been bad just like regular people. No rights without responsibilities, n'est pas? Fines for breaking rules and lawsuits just don't seem to be getting the job done, and it's too easy for corporations to influence politicians into watering these down (see: "Tort Reform").

If a company breaks the law, we own their ass, and the worse it is, the longer we own them. If they are really bad, it's the death penalty--complete dissolution. It's not nationalization or socialism unless prisoner work details are, it's being tough on crime. What's softer on crime than saying certain people can't ever be put in jail no matter what they do?
Posted by ash966 at 11:22 PM 1 comment: 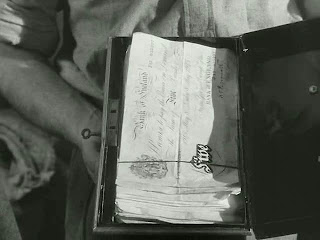 I got plenty of toys last year, so my ambitions for this year are more modest:

If anyone knows of a good one for Macs, let me know. My sister and brother-in-law had a little trouble setting theirs up.

Now that my Internet is speedy enough, my plan is to eventually use Skype for all my long-distance calls. I just need to find some headphones without those stupid earbuds. My doctor told me never to put anything in my ear smaller than my elbow, and it seems like good advice. I don't even like using earplugs except for those wax ones that swimmers use. If you've ever had TMJ pain where it feels like someone is drilling into your brain from the inside, you'll know why. I might have to buy the mic separately.

This is the one that will go bye-bye if my fridge or dishwasher conk out. I love the idea of streaming shows on the Internet, watching them at my computer not so much. On the other hand, I could try to add it to my Apple TV for free, but I'm a little scared of jailbreakking and having to worry if every software update will mess everything up.

My computer is about 3 years old, time for some memory to perk things up, especially since I installed Snow Leopard. I think I'll try to install it myself this time and buy one of those geeky static bracelets because you know I'll fry something otherwise. 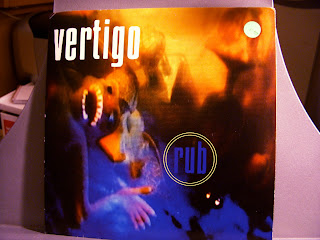 Project Digitization proceeds apace. I was in the mood for something 90's and tight and minimalistic, sort of like a sheared-off shard of slate or obsidian. So, I thought of the underrated Twin Cities band Vertigo. Here's some some vinyl-only goodies from their 4-song 7" Rub. 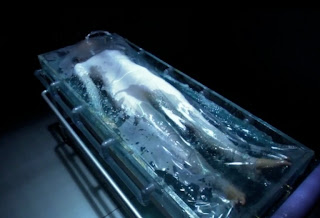