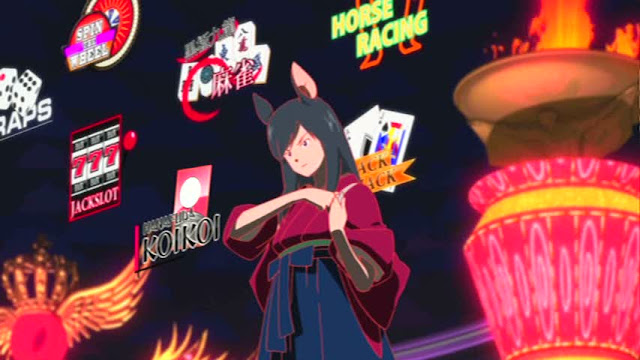 Format blatantly stolen from the Librarian in Black:

THE ALCHEMY OF COVER VERSIONS

Cavalcade of Cover Versions from ash966 on 8tracks.

I love a good cover version. I have a playlist of 133 on my iPod.  Yet TV shows like Glee and movies like Across the Universe make me gnash my teeth in annoyance and stab my pillow. Why is that? I’m going to try to explain, but I don’t entirely understand myself, so bear with me.

I don’t actually hate musicals. I have seen Singin’ in the Rain, The Bandwagon, and Meet Me in St. Louis a total of 20 times at least. If there were a new version of The Carol Burnett Show where they did a combination of standards and top 40 hits between skits, I would be all over it. (Kiki and Herb: The Series!)

I do believe there are very few good ones (Hi, Hedwig and the Angry Inch) ever since Rodgers & Hammerstein decided they had to be about Serious Issues and the songs had to come out of the action organically and stuff, which is just no fun to watch.

So, basically in the 60s music started changing (yes, I know, thanks Captain Obvious). The Beatles wrote and played all their stuff and became the standard for rock, with the Beach Boys, Rollings Stones, Stevie Wonder, etc following with personal work and innovations in sound. Meanwhile, pop became almost Baroque thanks to producers like Phil Spector and Joe Meek. Stax and Motown had their ace house bands to create their sound.  Even country became Countrypolitan and had the “Nashville Sound” versus the “Bakersfield Sound”.  Access to better equipment gave the average person the ability to hear more complex sounds at home or in the car.

At the same time, musicals became less and less popular. They remained as a spectacle, but were less and less frequently a source of songs everyone knows. We moved from the concept of music as sheet music on a page for anyone to interpret to the recorded version being primary. When you hear “Baby I Love You” by the Ronettes or “Have I the Right” by the Honeycombs, can you even think of them in terms of sheet music?

Do it differently: Basically, there has to be some twist: different genre, different gender, a different kind of voice at least. Erasure’s cover of Solsbury Hill is much better than its cover of Take a Chance on Me because the original of the latter is already pretty much techno-pop, so why bother. You might not think a Latin/Flamenco version of Don’t Let Me Be Misunderstood would work, but Santa Esmeralda sell the hell out of it. And don’t cover a song just because it’s “obscure” and people don’t know about it. We have the Internet, we can find a band if you mention them in a interview.

Do it sincerely: The Nip Drivers version of “Have You Never Been Mellow” is funny once, but they’re just taking a goof on a song they hate, so it doesn’t have much replay value. Now, this doesn’t mean the cover-er can’t hate some aspects of the song, but they have to feel that there is something salvageable at least. I don’t know for sure every band on If I Were a Carpenter absolutely loves the Carpenters, but they see that the songs have killer hooks and a lingering sadness obscured by the squeaky-clean production values of the original.

Another example: lyrically, “Always On My Mind” is someone telling their significant other that, while over the years they never said or did one single thing to show that they loved or appreciated the other person, they thought about them all the time, therefore they should be taken back in spite of their completely neglectful behavior. Performing this as a slow and tender ballad just emphasizes the schmaltzy fakery of it all (although Willie Nelson almost redeemed it). When the Pet Shop Boys do a cool, remote dance version, it says, “Yes, the type of person who would say that to you is indeed a total douchebag.” So they are taking a piss, but they are also creating a killer dance track that at the same time comments on jerky behavior. The Pet Shop Boys are sincere in critiquing insincerity.

OK, maybe you disagree with my interpretation of that, and that’s OK. The best pop (or hip-hop or punk or vocal trance or whatever) songs create a snap shot of an emotion that we can relate to something that happened to us, so of course it’s going to be a little different for everyone. Yes, William Bell, you don’t miss your water until your well runs dry, you are %100 correct! Why, I remember when . . . A good cover version puts a twist on the story. When Bell sings “You Don’t Miss Your Water”, his lover has just left him and he’s desperate. Brian Eno, on the other hand, was left about a year ago and is more philosophical about it.

A song I love becomes part of my personal soundtrack, with feelings associated with my life. Other people have different associations, which is fine. What I don’t like (getting back to Glee and Across the Universe) is having to associate a song with whatever personal crisis some fresh-faced 30-something teenagers are having on TV this week, or what a character named Jude is singing to a character named Jojo in some crappy movie. Leave my songs alone and write your own, if you want to do a musical that badly! The creators didn’t make them to give your 2-dimensional characters personality by association.

If you want to do a cover version, you need both a new concept and good execution. It’s hard, but when it works it’s magic.