Continuum is the best show you've never heard of with all of its episodes available on Netflix, so go watch it now.

Do you want a show that deals with time travel and stopping a bad future like the Terminator franchise, but in a way that actually makes sense?  Do you like the idea of Minority Report dealing with technology's possible misuse by government, but wish the show was actually well-done? Do you want a cutting-edge exploration of technology as both problem and solution like Mr. Robot, but from four years ago and starring Canadians? Well, here you go!

Not to mention, the cast is refreshingly diverse and non-stereotypical. No character is totally good or bad -- everyone has their reasons. In fact our heroine has been happily serving an evil corporate empire, while the "terrorists" she fights (who are pretty damn ruthless) are trying to prevent a dystopian hellscape future. And, thank Cthulhu, she is too busy with her goals to spend much time on juvenile romantic angst (looking at you, Flash and Arrow!).

The only issue I have with the show is that the actors are fine, but a little bland. It's not like watching Orphan Black and thinking, "OMG GIVE TATIANA MASLANY ALL THE AWARDS!" So, it may take a few episodes to grow on you, but give it a chance. 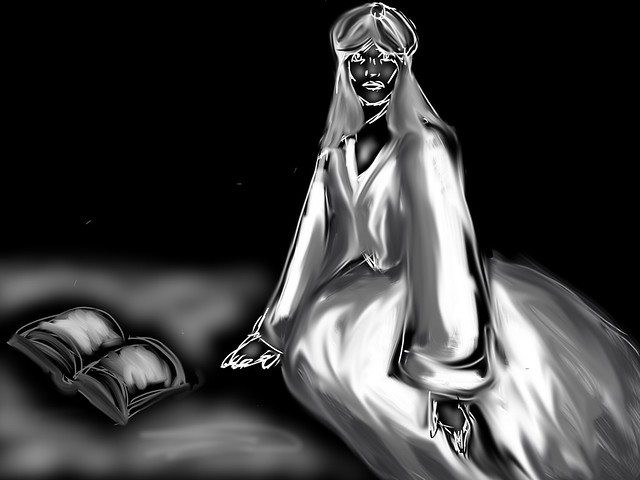 I've been having fun with the Artstudio app for iPad and the Sensu stylus lately. It was coming up on October, and Guillermo del Toro was talking about his favorite horror stories on Twitter (Dude must have been a librarian in a previous life, because his Readers' Advisory game is ON POINT. Go follow him). That inspired me to read 31 of my old favorite Victorian & Edwardian horror stories and draw illustrations for each of them for Halloween. Of course, it took me longer than that, but they are finally finished. I was inspired, in my lazy and casual way, by great illustrators like Aubrey Beardsley, John R. Neill, and Alastair.

I downloaded all of them from reliable public domain e-book sites like Project Gutenberg, Internet Archive, and University of Adelaide E-books to read on my Nook. (remember, never pay for an e-book published before 1923, folks). You can download them to read here.

It's on streaming, finally!


If you had told me 5 years ago that my favorite network show (and right up there with more highly-praised cable shows) would be a show on CBS called Person of Interest, there would have been scoffing involved. I associate CBS with bland-but-comforting investigation shows that exploit some technology (usually inaccurately) to give the story a little twist, then tie up a mystery all nice-&-tidy, with occasional breaks for truly cringeworthy depictions of the investigators' personal lives. Except for a few bad apples, all authority figure have our best interests at heart.

Well, this is not that. Getting murdered or almost-murdered by corrupt authority figures is one of the top concerns for characters in this universe. When you're one of the few people who know about an all-seeing AI that watches us for the government, it's kind of an issue (and yes, social media was created to get us to give up our personal information so the authorities can spy on us).


All the main actors are great in this. Jim Caviezel is slightly "off" in an interesting way, like Lee Pace or early Nicholas Cage, and it really works for him here. Person of Interest has some similarities to Burn Notice, in that an ex-spy helps "regular" people using as much con artistry as martial arts and high tech, but it's a bit darker. For all the hints of Michael's dark past, I just couldn't buy that he was only a short distance from being a cold-blooded killing machine. I can totally see Caviezel killing people, though. I never got into Lost. so this was my first exposure to Michael Emerson, and he's amazing. It's really hard to play a super-genius, but he pulls it off. And I've been impressed with Taraji P. Henson's emotional range since I saw her play a lesbian hitwoman in Smokin' Aces. Do we even need to talk about Amy Acker, AKA Fred from Angel, who should be in all the things?

Speaking of ladies, even though most of the promotional stuff features the two dudes in front, there are a lot of great big and small roles for women, who have the same character options as men without making it a BIG DEAL. Women can be cynical political fixers, assassins with personality disorders, super-hackers, ruthless heads of intelligence operations, crack interrogators, amoral con artists, kindly children's book illustrators, and older partners who show the newbie the ropes.

All this, and my favorite AI character in non-anime visual media. So, give it a try, already!


For those of you who missed it, here is my reunion show on WMCN. Please forgive any glitches.

The same week I got to DJ on Plug.dj with some people in the 80s Alt /New Wave group, playing my favorite thing, cover versions. I had a blast, even though it did not play well with my Firefox extensions.

Plug.dj is the successor to the late lamented Turntable.fm. It's really easy to start playing music. You are limited to songs with YouTube videos, but that is most of them (make sure not to play the live version if that's not what you want.) Navigation takes a little getting used to. I'm a sucker for the gamification aspect where you get a cooler avatar the more you play.

I need some people to come join me on the wheels of steel, so unleash your inner DJ and come with me... 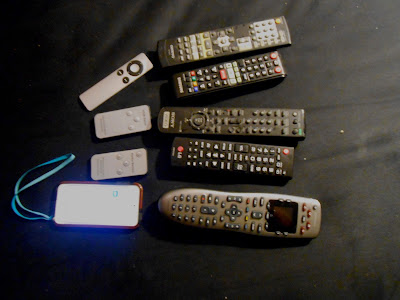 Items that can connect to the Internet:

Items that can take a picture:

Items that can play music:

Items that can play video:

Items that need to be charged:

Items that can be used for a phone call: 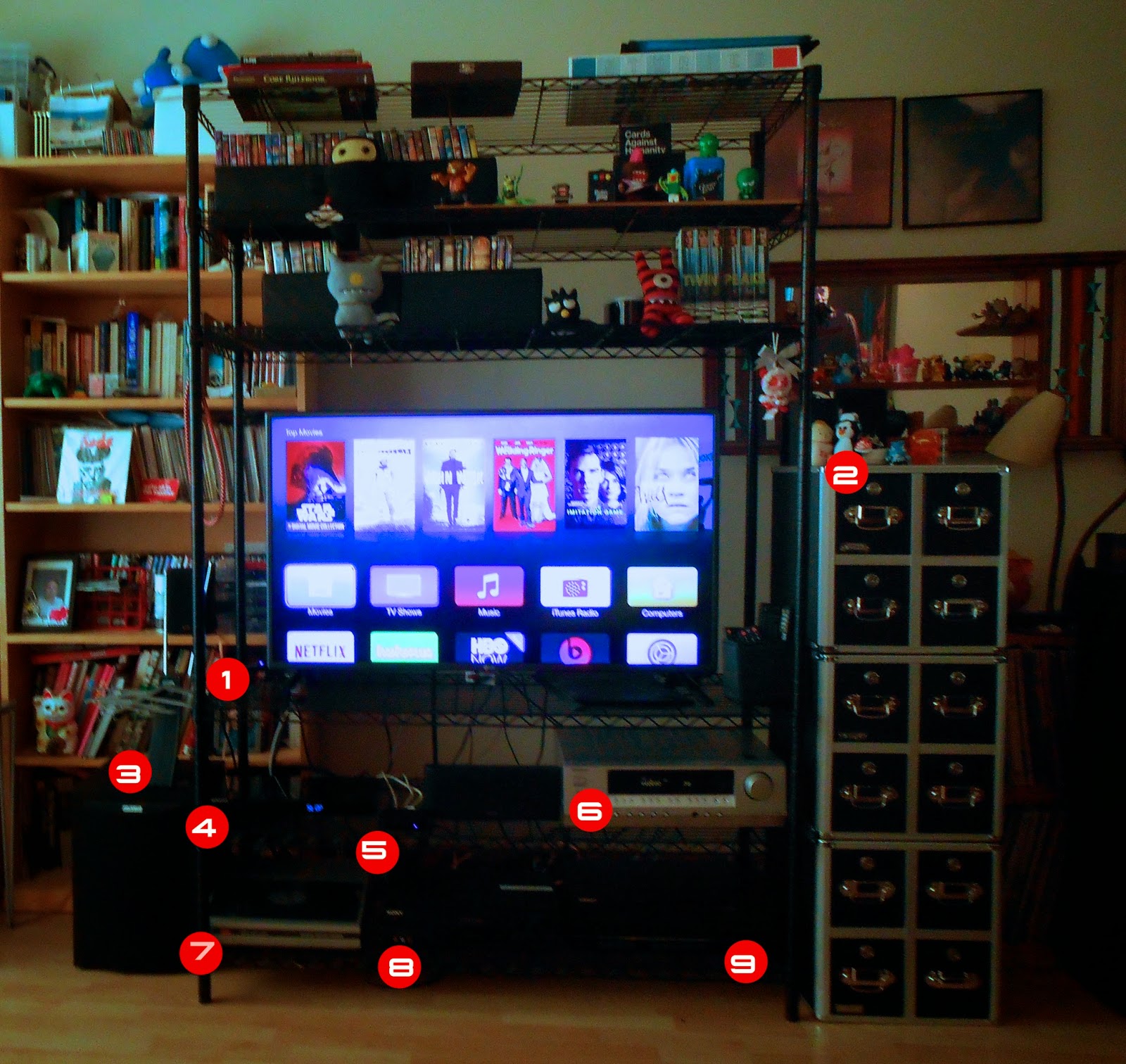 GO HOME HOLDEN CAULFIELD, YOU'RE DRUNK: A RANT ABOUT HYPOCRISY 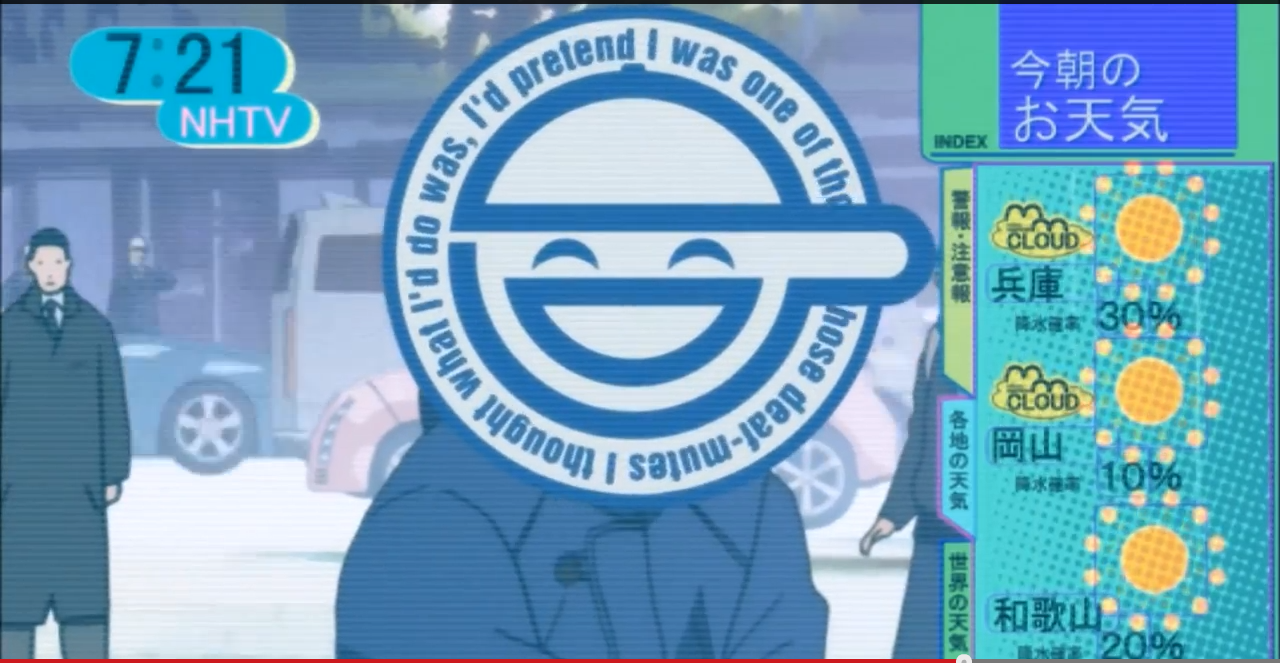 The older I get, the more I find myself unable to muster up any caring about the sin of hypocrisy. Everyone is a little hypocritical sometimes - no one can live up to their ideals 24/7/365. When you're a kid, it's shocking that your parents don't always practice what they preach, but when you're an adult, maybe it's more important to care about actual bad things that happen rather than the way people act towards those things. Like if someone is against gay marriage, I don't care if they are 100% faithful to their spouses or wild swingers, I just disagree that their personal views on marriage should prevent gay people marrying.

So, how about we all care less about hypocrisy, do our best to live up to our ideals, encourage good things and discourage bad things? Would that work? You know who's never hypocritical? Awful people, that's who. Anyone who says they're always honest and "tell it like it is" -- run far, far away from them. They will %100 for sure leave you when you get cancer and empty your bank account on the way out.
Posted by ash966 at 2:06 AM No comments: 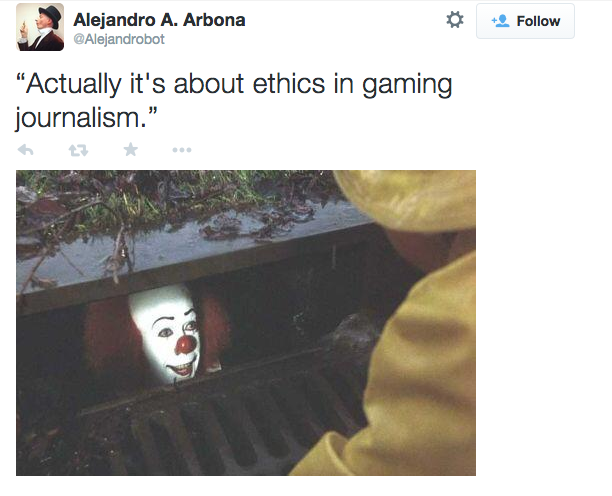 
Format once again ripped off shamelessly from the Librarian in Black:

Books -- The Hundred Thousand Kingdoms, The Peripheral, The Summer Prince, Ride The Pink Horse, The Quick, The Golem & The Jinni, Nexus, Hild, The Lions of Al-Rassan

Comics -- Order of the Stick, XKCD

From the Vault -- Girl Trouble: Hit It or Quit It, Cabaret Voltaire: #7885, Various Artists: Purple Snow

Boyfriend -- The one and only JSeux!