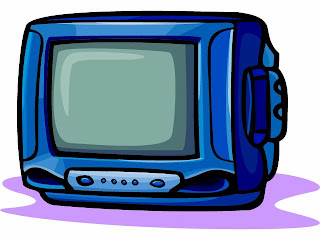 TV AND ME ARE THROUGH (AGAIN)

My general philosophy on TV is that it's only for when you are too fried or sick for anything else. I have Netflix for the really good shows (mostly HBO and BBC), which is hella cheaper than cable, plus it has anime, foreign flicks, kung fu, psychotronic, etc. without any editing for television, not to mention I can watch whenever I want. I refuse to pay month after month for cable, Tivo, dish, etc., when 99% of the content is crappy. I rarely even tape something, since that implies televison has some kind of power over me.

Every couple of years, though, they come up with a show I actually get hooked on, but it either gets bad or cancelled: Twin Peaks, Popular, Freaks & Geeks, Angel, Arrested Development, Law & Order in its prime. For a while there were actually 2 shows I might consider taping, Gilmore Girls and Veronica Mars. Now they are both gone. Well, I guess I'll have more time for the Internet.

As far as network TV goes, the only good shows left are The Office and 30 Rock, but with sitcoms I don't feel the same urgency; I can wait to catch it again in re-runs or on DVD. I'm afraid The Office may jump the shark next season if Jim & Pam get together, and 30 Rock can be a little too-quirky-for-its-own-good.

Unfortunately, like radio, TV isn't driven by what people who are real fans love, but by what people who don't really care can tolerate being on in the background. At least we have DVD's now, so even the most short-lived show can be immortalized (I didn't see Firefly until it came out on DVD). Dare I hope that pre-DVD cult shows like Quark and The Associates will someday be available?

Anonymous said…
I love taping TV; it totally takes away the power--I only watch about 2/3 of what I tape...and that I get to watch when ever I want.

Of course I don't watch TV anymore anyway. Watching all 8 episodes of Chad Vader took about a month. But a 5 minute long TV show that I can watch whenever I want is all that fits into my schedule...I'm starting God, Inc. next. Any other youtube series you can recommend?
2:54 PM

ash966 said…
That should be YouTube's new slogan, "When you only have time to watch TV in 5 minute increments!"

I've been watching GoAnimeTV, but if you don't watch anime it won't be that interesting.

I watched THREE OF A KIND because it takes place at a library,it was pretty funny, but the episodes are 1/2 hour long.

Most AQUA TEEN HUNG FORCE clips work well in 5-minute increments, since the show makes no sense, but I find it funny anyway.
4:46 PM

Anonymous said…
Thanks for writing this.
7:20 PM